Despite its proximity to a very blue planet, the Earth’s Moon appeared to be completely dry, with samples returned by the Apollo missions being nearly devoid of water. But in recent years, a number of studies have turned up what appears to be water in some locations on the Moon, although the evidence wasn’t always decisive.

Today, NASA is announcing that it has used an airborne observatory to spot clear indications of water in unexpected places. But the water may be in a form that makes accessing it much harder. Separately, an analysis of spots where water could be easier to reach indicates that there’s more potential reservoirs than we’d previously suspected.

Up in the air

With no atmosphere and low gravity, the Moon can’t hang on to water on its surface. The first time that sunlight heats lunar water up, it will form a vapor and eventually escape into space. But there are regions on the Moon, primarily near the poles, that are permanently shadowed. There, temperatures remain perpetually low, and ice can survive indefinitely. And, to test this possibility, NASA crashed some hardware into a shady area near the Moon’s south pole and found water vapor amidst the debris. 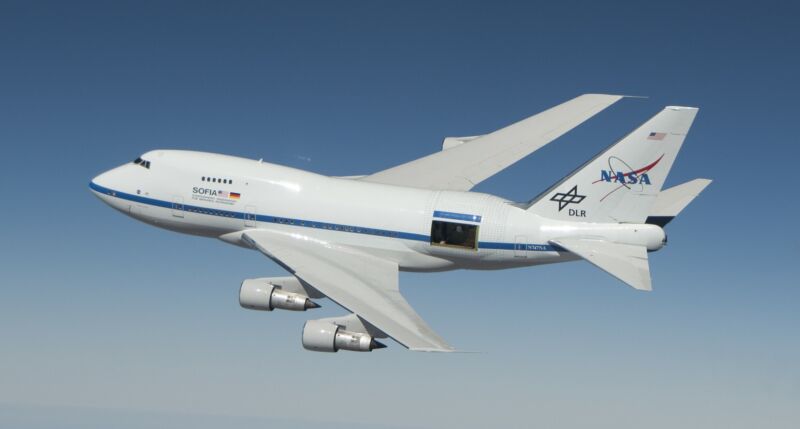