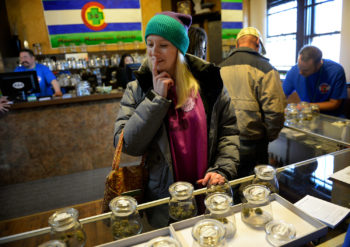 Industry sets another new state record. Colorado cannabis sales set a record yet again in July, eclipsing $200 million in a single month for the first time. Dispensaries sold $183,106,003 in recreational marijuana and $43,268,565 in medical marijuana in July, for a combined $226,374,568 in revenue, according to data from the Colorado Department of Revenue. That’s up 13.8% from June, another record-setting month when the industry raked in nearly $199 million. So far in 2020,…

You May Also Like:   Cannabis Consumption Surges During Pandemic As Sleep Issues And Anxieties Mount, Says New Poll
- Advertisement -