New data from CryptoQuant, an on-chain analytics firm, shows $113 million worth of Binance USD (BUSD) has flowed into Binance exchange over the past week. This means BUSD stablecoin now has the highest potential buying power over all other USD-based stablecoins except for Tether (USDT). 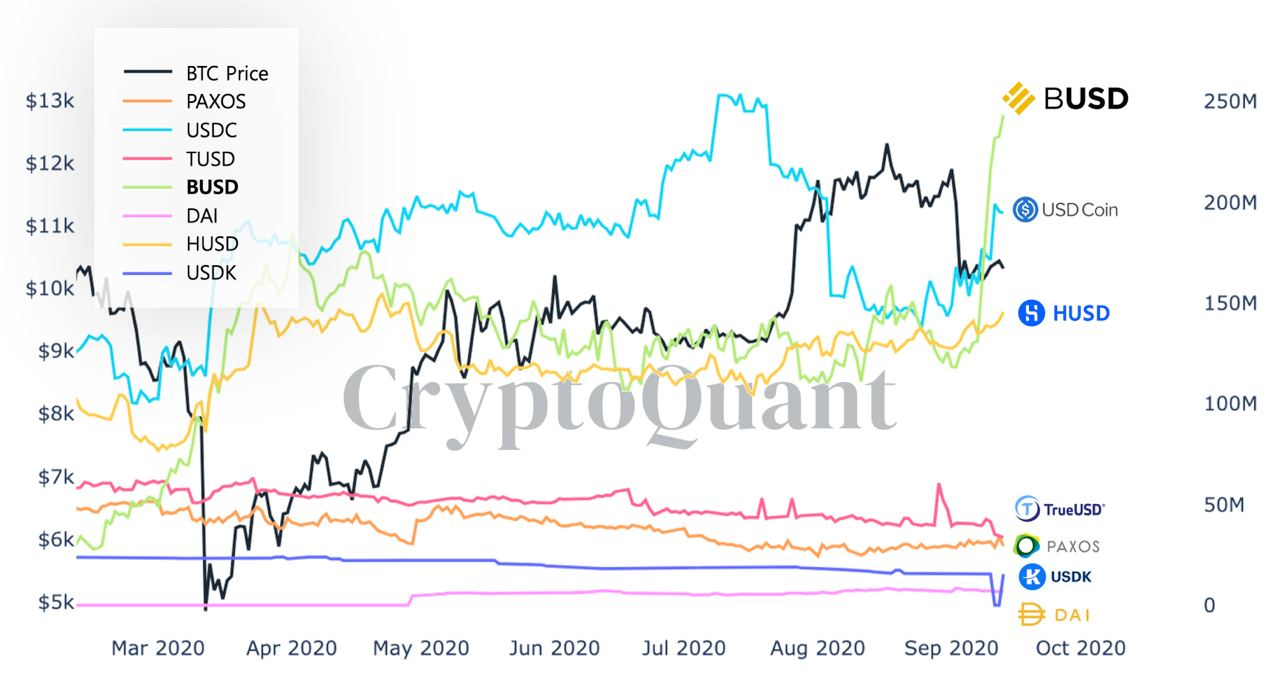 Binance’s new USD-backed stablecoin is ERC-20-based and was launched in 2019 in partnership with Paxos. Since then, BUSD has steadily been gaining traction as its volume increased and recently surpassed that of USD Coin (USDC) on Sept. 4. 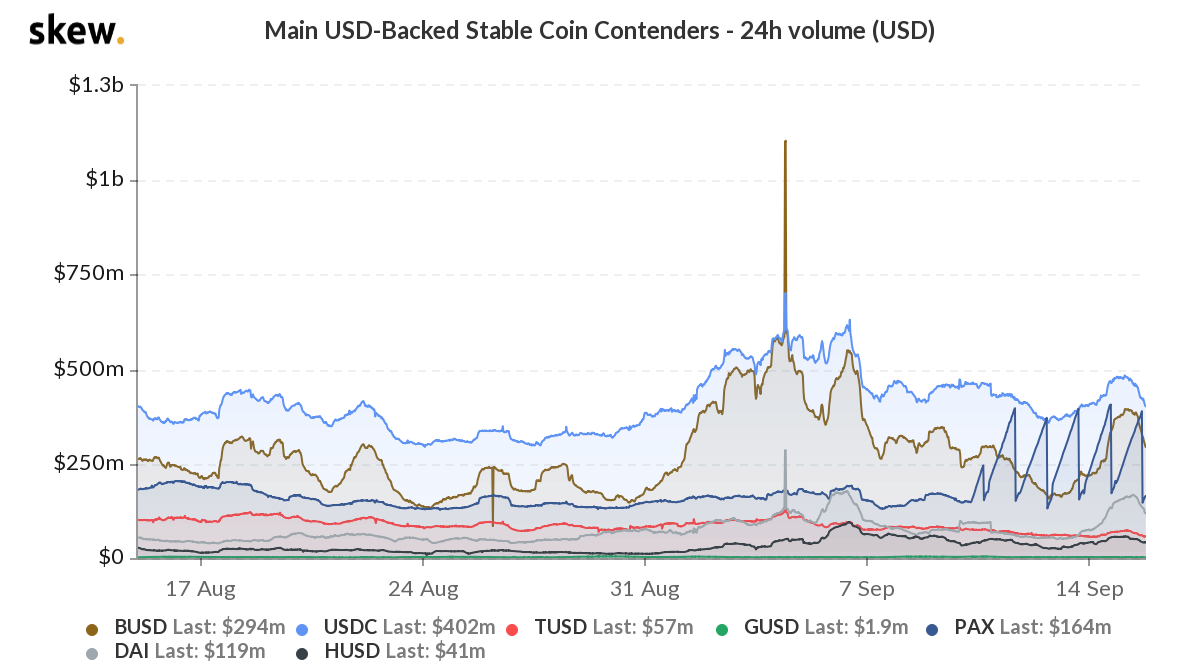 Binance wants a slice of the DeFi pie

With a $363 million market capitalization, BUSD is the third largest stablecoin on the market. However, as Binance continues to grow its offerings it’s possible that BUSD may become a larger player in the stablecoin and DeFi space which has largely been dominated by USDT.

Binance has already expressed its strong interest in playing a larger role in DeFi and on Sept. 1 the exchange debuted its Binance Smart Chain.

Binance chain allows DeFi protocols to run on top of it, with lower fees than the Ethereum blockchain and BNB staking is also available through the platform.

You May Also Like:   DeFi and healthcare: A trillion-dollar opportunity for the taking

On Sept. 11, popular DeFi protocol, C.R.E.A.M. announced that it would shift to Binance Chain and unlike most DeFi platforms, the protocol supports yield farming for BNB, BUSD, BTC, ETH, XRP, BCH, and LTC.

Recently, Binance also unveiled Launchpool platform, a new venue which allows users to farm assets like BUSD. The first project on the platform is Bella protocol and where users will be able to stake their BNB, BUSD, and ARPA tokens.

2020 has been a massive growth year for stablecoins, largely due to the explosion of decentralized finance and yield-related protocols.

According to Coin Metrics, the market capitalization for most USD-based stablecoins has been increasing steadily by around $100 million daily for almost two months due primarily to these liquidity pools.

This growth seems largely dependent on the DeFi ecosystem and even if it continues to grow, stablecoins still face some challenges ahead, with the advent of central bank digital currencies (CBDC) being one of them.

It’s also possible that major financial institutions and corporations may become contenders to the current stablecoin ecosystem if they develop their own digital currencies and blockchain networks.

You May Also Like:   Early Bitcoiner got into the space due to his lack of Blackjack skills
- Advertisement -